Immediately after the AGM of the Willunga Environment Centre on Wednesday 23rd October, you’re invited to attend a fascinating talk by our Guest Speaker, Doug Yuille, on the current state of play with regard to Australia’s iconic Great Barrier Reef.

Doug is ideally placed to provide an accurate summary of the health of the Reef, having worked at the forefront of efforts to protect the Reef for future generations.

Given the conflicting reports in the media and elsewhere on what’s going on, this is a unique opportunity to get the facts from someone who knows.

Future of the GBR
Climate change and CO2 – is it manageable?
What values can we save in our lifetime and how? 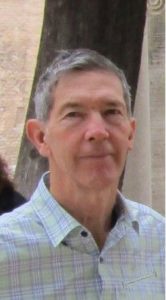 Since August 2012 Doug has been the WWF Brisbane policy manager for freshwater, with a focus on agricultural pollution of waterways impacting the Great Barrier Reef. Prior to his role at WWF, Doug spent 4 years as Director, Queensland Department of Environment & Heritage Protection, Reef Policy, implementing a $50M, 5 year program to protect the Great Barrier Reef from the impacts of cane farming and cattle grazing, believed to be causing a significant decline in hard coral cover. The program involved a package of new regulation, research and extension, focusing on fertiliser, pesticides and sediment pollution.

Prior government roles have included:

Doug grew up in central Queensland on a cattle grazing and grain farming property.